Ecuador, bisected from North to South by mighty Andes mountains, counts over 1.600 species of birds in a endless variety of habitats. Fringed by the dry Atacama desert of coastal Peru to the south and by the earth’s wettest rainforest in northwestern Ecuador and western Colombia to the north, the decidous and semi-humid lowlands and foothills of the country’s southwest are characterized by a highly distinct avifauna. Barely explored ornithologically until early XXI century, this region has long been neglected by birdwatchers, in spite of being home to over 40 endemic species, shared only by adjacent parts of northern Peru. In this tour we propose to explore the wonders of Southern Ecuador in a tour looking for up 7 of its 11 endemics. In addition of them, we will enjoy many species widely distributed in South America as well as a fine selection of species having a small range, shared with neighbouring areas in Northern Peru.

After a short visit to the picturesque shores of the Pacific Ocean, which will enable us to savour myriads of wintering shorebirds and enjoy the majestic mangroves at Churute we will head southwest. In a variety of habitats ranging from scrubby desert through decidous forest to evergreen woodland we will seek out many of the area’s specialities, including exciting birds such as West Peruvian Screech-Owl, Blackish-headed Spinetail and Henna-hooded Foliage-gleaner. 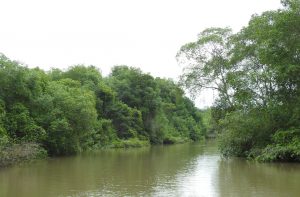 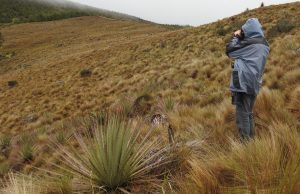 In addition the complex topography of this region a long tongue of cloud forest extending southwards along the lower, ocean-facing Andean slopes which is home to the endemic El Oro Parakeet and many species of more northerly affinities. After some days in the far South we shall drive over to Andes to Zamora to explore the temperate and subtropical forests on the east slope of the Andes.

Amidst the majestic mountain scenery of Podocarpus National Park we can marvel at the sight of dazzling hummingbirds and multicoloured tanagers. A visit to the little known Cerro de Arcos will allow us to contact with the recently described (2017!) Blue-throated Hillstart while enjoying a vast range of montane species. Our tour will end in the mountains surrounding colonial Cuenca, an architectural gem, where we shall visit the cloud forest in search of the endemic Violet-throated Metaltail. By the time we return to Guayaquil we shall have experienced a remarkable range of habitats, including the dramatic scenery of the Andes and watched a superb variety of birds including some of the least known in South America.

Eugeni Capella has been travelling and birding in South America over 15 years. After being birdwatching in several South American countries, his passion for the Neothropics, and Ecuador in particular, brought him to go on with the challenge of watching over 1000 species of birds in Ecuador in less of 100 days. No internal flights allowed in this adventure. After 100 days, he and his team have watched 1087 species of birds, taking photos of overe 800 of them! We are happy to count him to guide our tours in Ecuador, one of his favourite birding areas in the whole continent.

We will leave the town and drive South to reach Churute Mangroves Reserve. This coastal site essentially protects dry forests and scrubs, as well as a large area of mangroves. A boat ride and some shortwalks will allow us to contact with several waterfowls. After our packed lunch we will keep our way South through paddy fields and farming (cocoa, banana,…). During the afternoon we will arrive to our first reserve of the trip own by Jocotoco Foundation: Buenaventura. During the day we would enjoy Horned Screamer, Pacific Royal Flycatcher, Little Blue Heron, American White Ibis, Jet Antbird, Rufous-necked Wood Rail, Common Black-Hawk and several more. Stay of 2 nights in Umbrellabridge Lodge.

The subtropical and piedmont forests inside Buenaventura Reserve host several endangered species. Placed in the link of Chocó bioregion and Tumbesian region, the reserve benefits from both influences, and its biodiversity is a proof. We will explore the upper, misty areas of the reserve, where we will look for El Chocó especialities and the two endemics of area; El Oro Parakeet & Ecuadorian Tapaculo. We will also explore drier corners and enjoy the wonderful Hummingbird feeders.

In El Empalme we will walk the “Sendero de los Monos” (Monkey Trail), where Howler Monkeys can be found. We will also have a look to “El Salto del Armadillo”, an impressive waterfall of about 30 metres high. In the afternoon we will arrive to Jorupe Reserve, where we will enjoy its particular Tumbesine Dry Forest, home of a long list of especialities. During these days we should contact with Long-wattled Umbrellabird, Rufous-headed Chachalaca, Black-and-White Owl, Slaty-winged Foliage-gleaner, Uniform Antshrike, Browinish Twistwing, Song Wren, Brown-winged Mourner, Club-winged Manakin, Gould’s Nightingale-thrush, Emerald-bellied Woodnymph, and several more.

Jorupe Reserve is also owned by Jocotoco Foundation. It protects a few hectares of Tumbesine Dry Forest with very dense high shrubs and deciduous forest dominated by Ceibo, Guayacán and other trees. Most of this habitat has been historically destroyed and roturated for farming purposses. This patch is still hosting a long list of near-endemics and during our walks around we can expect White-tailed Jay, Slaty Becard, Plumbeous-backed Thrush, Ecuadorian Piculet, Blackish-headed Spinetail, Rufous-necked Foliage-gleaner, Watkins’s Antpitta, Pale-browed Tinamou, Ochre-bellied Dove, Grey-breasted Flycatcher, Long-billed Starthroat…

This day we will stop on Sozaranga village to look for a colony of the very sought-after Chestnut-collared Swallow. In the afternoon we will enjoy the trails of the reserve to complete our list by adding Bay-crowed Thrush Finch, Chapman’s Antshrike, Tumbesian Tyrannulet, Amazilia Hummingbird, Black-cowled Saltator and more!

Utuana is a new reserve, and despite its small size, is a crucial spot for the conservation of birdlife in Southern Ecuador. We will spend most of day exploring the trails crossing the magnificent montane rainforest and bamboo (Chusquea sp.) forests, with many of the birds around us being near-endemic of the area. Jelski’s Chat-Tyrant, Loja Tyrannulet, Chapman’s Antshrike, Three-banded Warbler, Black-crested Tit-tyrant, Rainbow Starfrontlet, Purple-throated Sunangel, Grey-headed Antbird, Piura Hemispingus, Ecuadorian Swallow and Plumbeous Rail to name a few..

This mythical reserve is located in the montane cloud forest, and is the only known place for Jotocoto Antpitta in Ecuador. The discovery of this Antpitta is one of most incredible findings in the recent history of Neotropical birding. The reserve protects a large area of evergreen forest at the edge of Podocarpus National Park, one of the most humid areas in the country. By exploring the many paths around we would have chances to contact with Little Sunangel, Amethyst-throated Sunangel, Citrine Warbler, Chestnut-naped Antpitta, Chestnut-crested Cotinga, Rufous Antpitta, Slate-crowned Antipitta, Ocellated Tapaculo, Orange-banded Flycatcher, Smoky-bush Tyrant, Flammulated Treehunter, White-capped Tanager and many other goodies.

During these two days we will birdwatch along the road linking Loja and Zamora. This is a very well known area for local birdwatchers to see mixed flocks of the Thraupidae family. We will also visit Huashapamba and Acanama. Red-faced Parrot, Crescent-faced Antpitta, Black-headed Hemispingus, Flammulated Treehunter, Bearded Guan, Masked-mountain Tanager Glowing Puffleg and Agile Tit-tyrant are likely to appear, to name just a few.

This day we will have a early start to explore the temperate hillsides of the Andes, crossing the montane forests to reach the moors (páramos) while birding in the road. We will arrive to Cerro de Arcos, where in 2017 a new species of Hummingbird was discovered, the Blue-throated Hillstar (Oreotrochilus cyanolaemus). This species, only fully described in 2018, is already considered as critically endangered as it is only known in three locations in a small area in Southern Ecuador. In the afternoon transfer to Santa Clara.

Yunguilla Reserve is another jem in the network of Jocotoco natural areas. The natural reserve preserve the habitat of another endemic species, the Pale-headed Brush-finch. Located in a valley, the protected area cover a mixture of small woods and bushland along with crops and orchards. This is again a critically endangered bird, it was thought to be extinct until it was rediscovered in Yunguilla. Beside this Brush-finch, we will look for Rufous-chested Tanager, Purple-collared Woodstar and Buff-fronted Owl among other species. In the afternoon short transfer to Cuenca to reach our accommodation.

After our lunch at more than 4.000 metres above sigui level, we will head back to Guayaquil by crossing banana and cocoa crops. Arrive to Guayaquil in mid afternoon to allow all tour participants to take their flight back home (time of arriving to Guayaquil depending on flight scheduled).

International flight Barcelona-Guayaquil, Guayaquil-Barcelona (please check pricing without flights) in regular flight; accommodation along the tour in twin room; all meals along the tour (out of evening meals the day of arrival to Guayaquil and beyond day 14 in the tour); 2 birding guides (expert local guide + BBP tour leader); fees to all natural àrees and reserves during the tour; transportation expenses during the tour; transportation in air conditioned vehicles. VAT included.

Transportation to / from Barcelona International Airport: beverages: Visats (if required); evening meals in the day of arrival to Equador, and beyond day 14 in the tour); laundry service and any other item not listed as “INCLUDED”.

For those tour participants reaching Ecuador by their own, assembling & briefing will be done in our accommodation in Guayaquil; Hotel Boutique Orilla del Río. Please check pricing without flights if interested. A transfer to our accommodation from the Guayaquil Airport can easily be arranged if requested in advance.

During the tour we will basically sleep in Lodges. When possible, we have chosen Eco Lodges or accommodations that are closely involved in wildlife and primary habitat preservation. All rooms along the tour are en-suite. All evening meals will be in the accommodation.

All Passports must have 6 months of validity beyond the return date. EU, US, UK & Canada nationals do not require a VISA to get into Equador (for a period of up to 90 days). A tourist VISA is required for some Nationalities. To enter Equador is mandatory to be vacunated against Yellow Feber. Please check standard health and innoculation requirements applies in your local authorities. Please note that some prescription or over the counter medicines are banned in Equador, please check your Ecuadorian Embassy before travelling.

From November 27th
to Desembre 14th

Guayaquil (or Barcelona if chosing the inflight option)

15% off if 3+ bookings
Price in twin rooms. Price can vary depending on the flight ticket tariff at the moment of your booking. VAT included